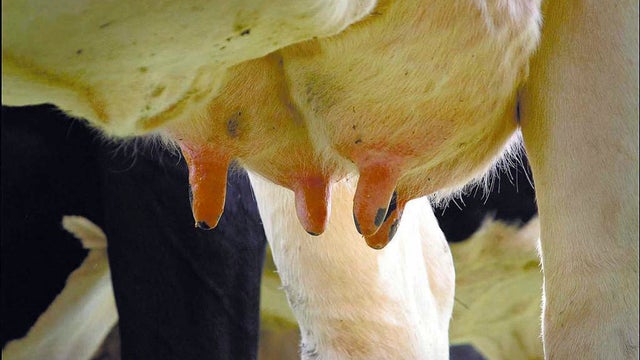 Mastitis Therapy – Can we do something different? Held via Zoom

Talk via Zoom by Andrew Biggs BVSc FRCVS. Andrew is an internationally recognised academic despite being immersed in everyday general practice since joining as a new graduate in 1981. He now acts as an international consultant on mastitis, tuberculosis and cattle health in general. A past president of the British Cattle Veterinary Association, he was awarded the BVA Dalrymple-Champneys Cup and Medal in 2015 and has recently been awarded the title of Fellow of the Royal College of Veterinary Surgeons for Meritorious Contribution to Clinical Practice. He has written and lectured extensively and produced his own textbook “Mastitis in Cattle” as well as setting up and running The Vale Veterinary Laboratory.

The talk will give a history of the evolving approach to the treatment of clinical mastitis, introducing the concept of targeted treatment (tLCT,) illustrated by a short overview of the findings of a study reported in the Veterinary Record (doi: 10.1136/vr.105674) delivering Mastdecide On Farm Culture (OFC) on commercial farms in Germany. Responsible antibiotic stewardship with particular reference to intramammary use (LCT and DCT) will be discussed and conclusions will include how the future of clinical mastitis treatment may be shaped and tips and tricks on how you can introduce Mastdecide OFC on your farms.